Ilana served as the founding executive director of the Center for Jewish Nonviolence from 2012 – 2017.  With two decades of experience as an organizer, educator and activist, Ilana previously spent five years as the Jerusalem director of Encounter. A recipient of Dorot and Pardes fellowships in Israel, Ilana was recognized for her commitment to ending the Israeli occupation by being the first Jewish person to receive an honorary Bethlehem “passport” as part of the international Open Bethlehem campaign.

One of the first staff with New York’s Working Families Party, she worked in international human rights with American Jewish World Service and served as an international election monitor in Albania and Bosnia with OSCE-ODIHR. Ilana currently lives in Belgium where she co-founded the new initiative, Another Jewish Voice (Een Andere Joodse Stem), to elevate progressive Jewish voices in the Belgian and European political discourse. She teaches Judaism for conversion students at the International Jewish Center in Belgium and is working on a book about her experiences in the Middle East. 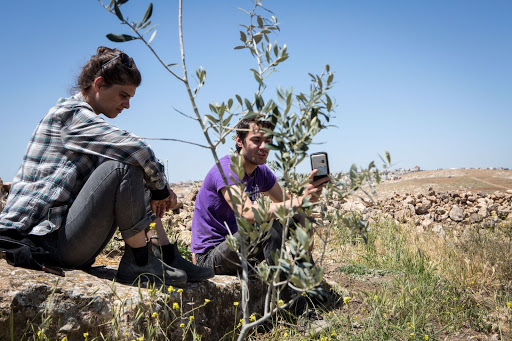 Join our next delegation of activists for ten days of joint struggle and solidarity work.